The Oliver Curling Club is proud to add two more people to the ranks of Honorary Life Members. This award recognizes members who have devotedly, consistently and unselfishly contributed to the club over many years. Our newest Honorary Life Members are Cathy Pidduck and Phil Ramsey. Here's more about Cathy:

Cathy has been a dynamo on and off the ice in the Oliver Curling Club since 2007. True to her roots as a former school teacher, she ran our junior program for several years, including taking youth teams to compete in other towns, and she continues to coordinate our school program. Each year she visits the elementary schools in our area to introduce curling basics then arranges for students to come to the rink for three on-ice sessions. Over the years she has instructed dozens of classes and hundreds (maybe thousands??) of students from Oliver Elementary, Tucelnuit, Sen Pok Chen and OK Falls Elementary—and also home learners and parents this past season—as she continues to lead the mission to teach every elementary school-aged child in Oliver how to curl! 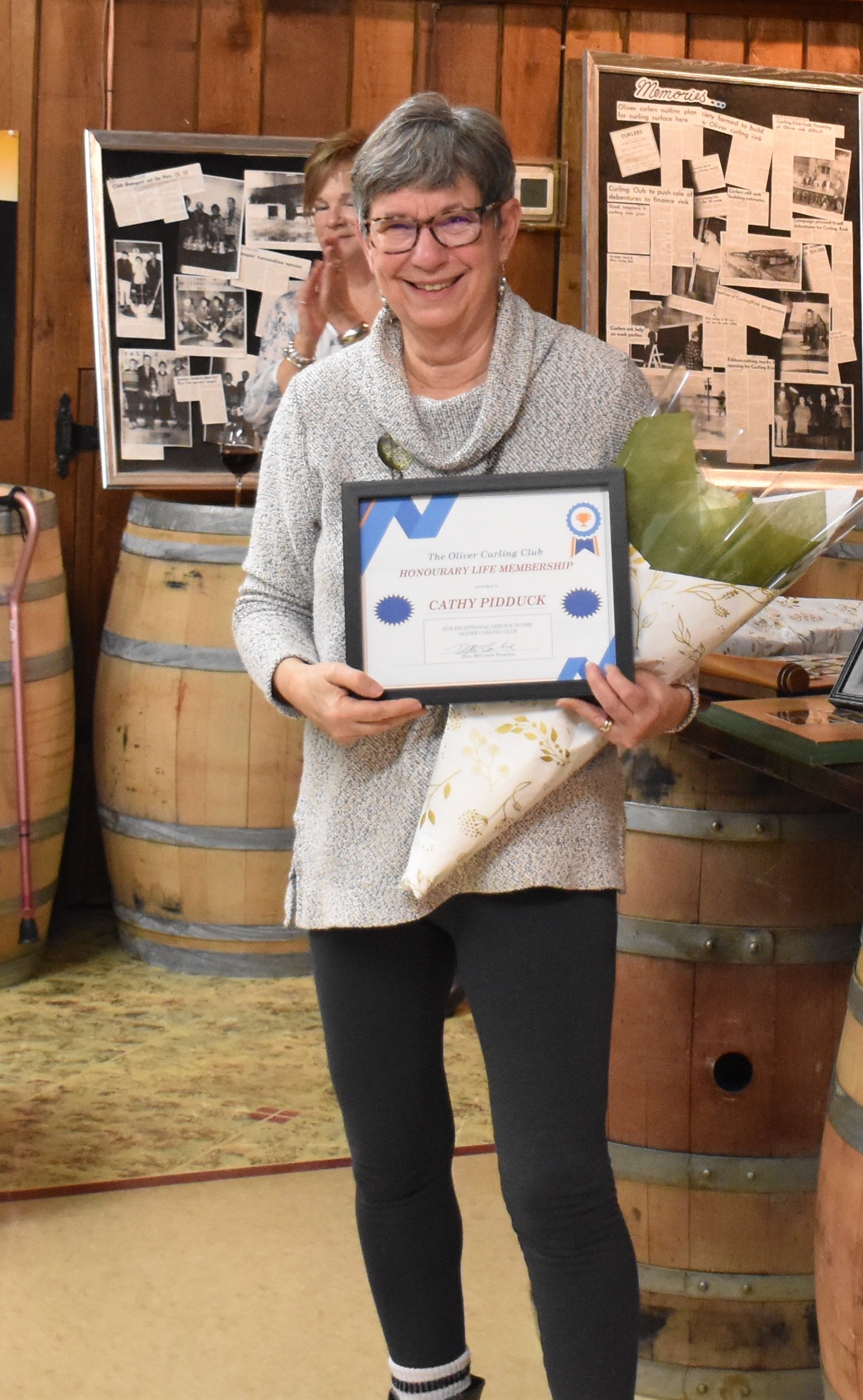 Cathy also initiated two family events in 2019 involving over 60 kids, parents, grandparents and others, and next season plans on running a regular family night (by popular demand!). She always makes time to come out to teach adults too whenever asked, encouraging the new curlers to join a league or taking them under her wing in a bonspiel to get that experience. She drives many of our activities to bring more and new curlers to the club, especially the kids who are going to be the curling future.

Cathy organizes several of our bonspiels, participates in many out-of-town events, and has a costume to match every one of them. She is a great ambassador for our club, and no job is too big for her to take on, including leading a crew of volunteers from the Oliver Curling Club when the Scotties were held in Penticton last year. She is like the Energizer Bunny…she just goes and goes and goes!